It's been a 'full on' kind of week. In fact, it's been a 'full on' kind of three weeks, during which time our daughter and family have been without a kitchen, so nowhere to cook, and no laundry facilities. Consequently our small abode has been serving, alternately, as Mrs Woo's washing enterprise and a fast food restaurant. The clothes horses have been straining under the weight of unfamiliar wardrobes, and if our cooker could speak, it would be asking to take early retirement in a shady corner of the nearest recycling centre.

But yesterday we were treated to a little cultural interjection. We, the grandparents, entertained the twins while our daughter headed off to the Salisbury Cathedral Education Centre, where SW  was taking part in the Big Draw. Run by The Campaign For Drawing, the event was one of many nationwide, designed to "…raise the profile of drawing as a tool for thought, creativity, social and cultural engagement."

While we were watching Dumbo, playing shops, hosting dance competitions and mediating to prevent an escalating feud between Sylvanian families, SW and her mum were kneeling in a cathedral…making art. 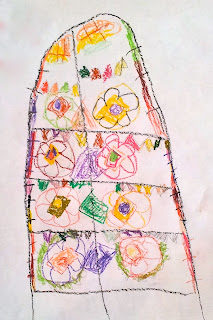 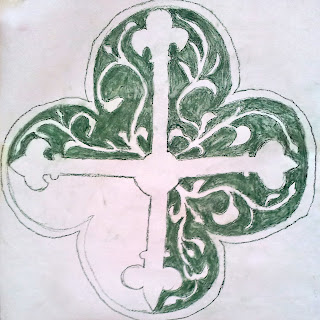