Death of a shepherd

Give a young child a blank sheet of paper, some colouring pens or crayons, and ask them to draw a picture of the countryside, stand back and expect the unexpected.

The imagination of a five year old won’t be held or contained by a prescribed landscape. There may well be elephants climbing a mountain and a rocket ship in the farmer’s back yard. More importantly, there will be good reasons for both.

When we came across a shepherd’s mobile dwelling, in the grounds of Mottisfont Abbey, last weekend, the grandchildren were all over it like a rash. Instinctively, you want to inform and enlighten, but it’s so much more fun to hear what they have to say. 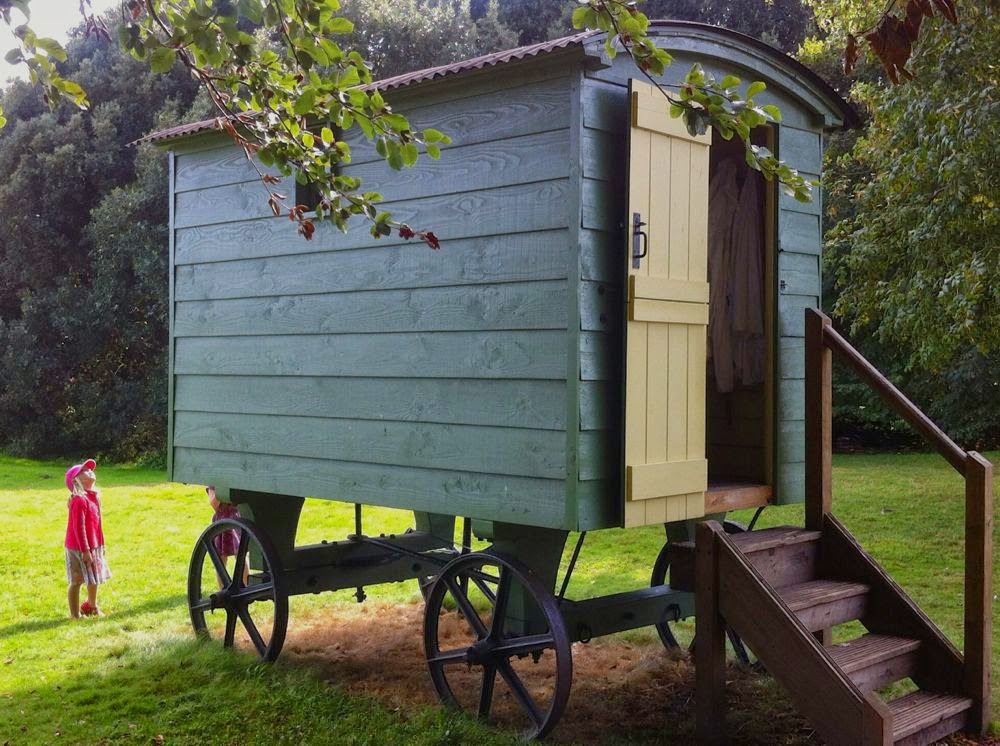 “Yes, and he died there too,” came the solemn response.

Later, when we were taking a final look from the outside, one of the twins tugged at my elbow. “You see those wheels, Ga?”

“They’re on the shepherd’s house because he’s allowed to go on holiday.”

So nice to know that the poor chap managed to enjoy a short break before expiring in his bed.
Posted by Poetry24 at 08:53 14 comments:

About 8 months ago, Ciara Brehony and I set up a Facebook page called simply, Another Way. Our blurb states, “News and views about the way our children are educated, along with possible alternatives and changes that might benefit learning in the 21st Century.”

I doubt if the education of our children has never been a more closely scrutinised topic than it is today. Home schooling is as popular as ever, free schools and academies springing up all over the place, confusion reigning supreme in an area of vital importance to parents and pupils alike.

Yesterday, our little group swelled by three new members, bringing the total to 60. In light of that milestone, I’d like to share a short video clip that was posted earlier this week. It’s just food for thought. And that’s the key thing about education isn’t it? Keeping an open mind and investigating all routes towards helping our children fulfil their potential.