These are strange days. There is movement wherever we look. Whether it’s self-destructing participants in the so-called ‘global race’, or the actual mass migration of displaced human beings, walking the finest of lines as they cross land masses to what they hope will be a better life.

24hr reports and views hold us in a weird limbo. At once frozen, yet constantly agitated. The earth turns (did I read 650 mph?) and social media carries the thoughts and reactions of countless millions, at a speed that may well be outpacing the planet.

When I was first introduced to the concept of the blog, with the launch of Blogger, around 1999/2000, the possibilities were abundantly clear. Five years ahead of Facebook, anyone with access to a computer and an internet connection could log their thoughts, opinions, interests, causes, etc, and belong to a network of like-minded online diarists. It was a truly exciting moment.

I didn’t actually start my own blog until July, 2009. Square Sunshine steadily grew a following. Mostly people who were interested in the observations of a grandfather. Later, others who liked my tentative efforts at photography and poetry. Back then I always had something I wanted to share. A funny moment, a special occasion, a sobering discovery. In turn, I could pop over to my favourite places and learn about a whole range of life experiences. It genuinely felt as though I had moved into a new and friendly neighbourhood where interesting and informative individuals passed the time of day (or night) chatting over the cyber fence.

Then, after a while, my posts became less frequent. I often found that I had little of consequence to say. Years ago, the weekly column I wrote was mostly inspired by our young daughter. I had thought I might take a similar route with the blog, only this time prompted by the antics and activities of grandchildren. It worked for while. But, as I’m so inclined, I found myself distracted and eagerly filled in the blanks with anything and everything that took my fancy. I feel it was at this point when Square Sunshine lost its focus. Eventually the posts were sporadic, and often out of kilter with what visitors had perhaps come to expect.

I called it a day at least twice. I played around with the design, the look, the feel, the style. I posted enthusiastically but quickly ran out of steam. The lengthy periods between posts were beginning to look like neglect.

All the time, I was still dropping in on my favourite blogs. Not necessarily commenting, but passing by and giving a wave. What I noticed was, that old neighbours were shutting up shop at an alarming rate. Some blogs disappearing entirely, some halted abruptly with no explanation. I know of at least two regulars who died, their blogs left as a tribute. That or grieving relatives had no access to the relevant passwords.

This summer I resolved to give it one more go. I redesigned the header, tidied up my sidebar, and began posting every few days or so. When I called in on old neighbours, a handful were home, and producing greatly entertaining tales. Others were either out, not answering the door, or had moved from the area.

From my point of view, blogging, at least in the form that I consider to be typical of its heyday, is waning. It has been for some time. In part, the medium has been, like districts of our great cities, quietly ‘gentrified’. Increasingly, blogs are slickly presented, but a little 'flat-pack' in calibre. Too often a visual bombardment of heavily filtered pics and neurotic narratives. Certain traits have invaded blogland like Japanese Knotweed, obscuring and obstructing the neighbourliness and sense of community. 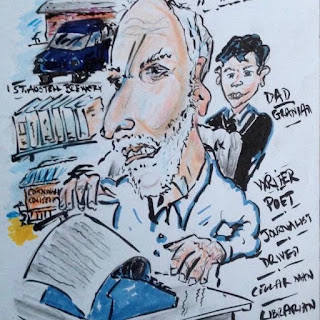 I’m not going to say I’m shutting up shop and moving on…again. But I am going on a *virtual* winter vacation, in an attempt to get some serious writing done.

No doubt I’ll continue to bump into some of you on the crowded streets of Facebook, or maybe in the picturesque lanes of Instagram. One place you won’t find me is on Tweet Street.

Thanks to all who have dropped by. It's been great to have your company. Take care, and have fun.
Posted by Poetry24 at 19:37 6 comments:

These are the days that will shape our children and grandchildren, and I know that the little ones will adapt to the world they know. For a time, they will lay claim to it, as we once did. They will be okay with the hand they’ve been dealt, because they have little to compare their experiences to, other than our own back stories which, to them, are just that. Stories. 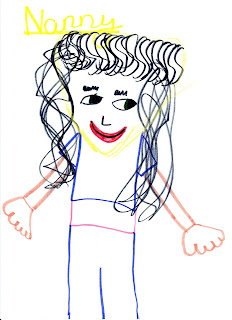 Kids have a natural gift for being able to relate and respond to the essence of individuals.
Judging by physical appearance alone is such a negative burden.

Even though I am a born optimist, and even though I have complete confidence that the younger generations will strive to make good the mess others have created, there are things that concern me. Things that all too often remain below the radar.

This morning I read this article. It highlights research findings by Girlguiding, into the pressures on young girls, to look perfect.

The following quoted figures are shocking.

38% felt they were not pretty enough

23% felt they needed to be perfect

The pressure to appear perfect is, no less a burden for boys, I’m sure.

The School of Life have produced an excellent animation that examines the ‘Perfectionist Trap’. It’s less than 4 minutes long, and well worth watching.