A Question Of Where and When

I've been working in our daughter's garden today. There's still a lot of landscaping to do, but ultimately it'll be worth the effort. Before the end of the year we hope to have cleared the jungle and laid a new lawn. 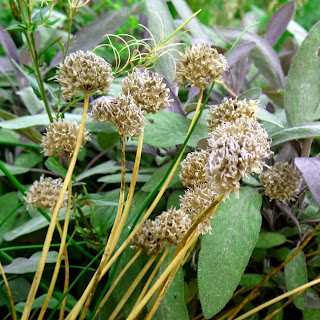 A garden is a valuable space in our lives and I don't know about you but whenever I'm pottering about outside I find it so much easier to think. Generally, we can consider the deeper questions when we're beyond the confines of four walls. Our eldest granddaughter is no exception. Whilst on her swing she caught sight of a gold ring on the necklace her Nanny was wearing. “What's that?” she asked, pointing a small finger. “That's my mummy's wedding ring,” Nanny replied.

There was a period of silence, apart from me clearing some brambles nearby. “But where is your mummy?”

At this point Nanny was struggling for the right words. The loss of her mother only a fortnight before our our little enquirer was born is still quite painful. At only two years old, our granddaughter had asked the profoundest of questions.

As it happened, I remembered a response our son-in-law gave recently before leaving to attend the funeral of a friend. When asked where he was going he replied, quite simply, he and mummy were going to say goodbye to someone. The result, one satisfied little girl who could grasp the idea of saying goodbye.

Although even very small children often surprise us with their apparent capacity for taking on board quite complex explanations, there is a good argument for crossing some bridges as we come to them. 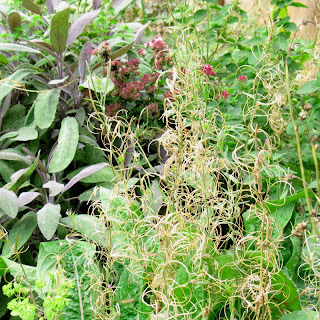 In the garden today, I offered up a variation on his response, telling her that we had to say goodbye to Nanny's mummy. But as the words were leaving my lips I had an image in my head of the twins and their beaming smiles. How often have we remarked about the uncanny resemblance to Nanny's mummy when they're smiling? Something to remember if I ever get asked an awkward question like, 'when will she be coming back?' In part, she's still here.