My late mother-in-law kept her family photographs in a shoe-box. Shortly before her passing, she asked us to keep them safe. A perfectly reasonable request, given that this collection was her precious snapshot record of a long life - March, 1918 - November, 2006.

There are many family moments, some captured at annual gatherings or during the holidays. But the more interesting samples are those taken before she married my father-in-law, Albert - April, 1920 - May, 1996.

Ironically, what gives these a little edge over the others in the shoe-box, is the lack of background information. We know that she used to holiday with her Aunt Jessica, in Ilford, Essex. She also mentioned a trip to Inverness, with friends. With regard to the two photographs I'm sharing today, no details are known about her friends or the actual location. They were probably taken sometime in the early 1930s though. 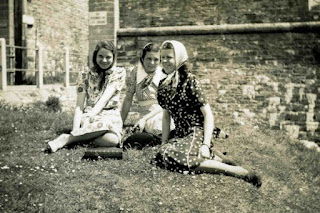 In the first picture, May is sitting on the left of the trio. They are bathed in sunshine and looking very relaxed among the daisies, in their summer dresses. 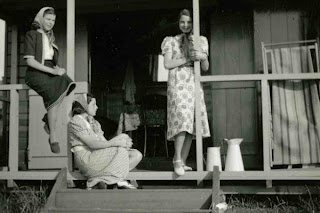 The second shot has May standing to the right. Although the young woman in the polka-dot dress is now wearing a two-piece, May and the unidentified other appear to be wearing the same dresses. So I'm guessing these two photographs were taken during the same visit, holiday, or whatever.

A couple of intriguing things to note. Firstly, the small headscarves they are wearing in both photographs. It seems a bit unusual. Also, the degree of posing taking place, particularly in the second shot, where they appear to be looking 'cool' on the veranda of a beach hut or holiday chalet.

Since I’ve been blogging, it hasn’t escaped my attention that there are many fine poets out there. That, in itself, doesn’t really surprise me. But why do so many of us choose poetry as a means of expression?

My guess is, we opt for poetry because it’s something we’ve been conscious of from before we learned to speak. We probably heard our first verses as babes in arms, and became acquainted with the sounds and rhythms of the traditional nursery rhyme. 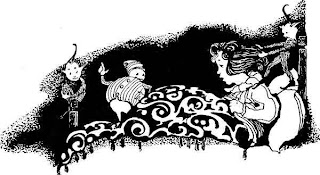 I was thinking of the very first poem I heard at school. It was this one, by Robert Louis Stevenson.

TIME TO RISE
A birdie with a yellow bill
Hopped up on the window sill,
Cocked his shining eye and said:
'Ain't you 'shamed, you sleepy-head?'

It stayed in my head for weeks and, was so much on the tip of my tongue, I would recite it without warning. So in an effort to fuel my enthusiasm, my mum bought me Stevenson’s ‘A Child’s Garden of Verses’, illustrated by Hilda Boswell. Throughout my childhood, it was a treasure. A heady combination of beautifully painted pictures and words, guaranteed to take the hand of an imaginative boy and lead him in and out of unfamiliar landscapes and situations.

In turn, I passed it on to our daughter, and it now resides on the bookshelf, ready for the attention of our three granddaughters.

Oddly, after that initial rush in my early years poetry, for me, languished in a kind of literary backwater. I simply lost interest in the act of reading it. Perhaps it was over-prescribed in the curriculum. I hardly read any 'grown-up' poetry throughout my remaining schooldays, although I never stopped flirting with the idea of writing it. Later, it would become a comfort, a kind of antidote to the interminable boredom of factory shifts. I remember a supervisor raising an eyebrow at the jottings on my stock-keeping record sheets.

Unlike my dear, late grandmother, who could recite James Henry Leigh Hunt’s ‘Abou Ben Adhem’ and much of Longfellow’s ‘Hiawatha’ at the drop of a hat, I rarely have the inclination to commit poetry to memory. Even the most poignant lines and phrases struggle to be called up at will, no matter how highly I value them, no matter how moving they are to me.

So, I have a complex relationship with poetry as a form of expression. Maybe that’s not so unusual.

One thing's for certain, poetry is in us and around us. A friend once commented, “..poetry is a big house with plenty of room for everyone..” He went on to state, “I like my poetry dense, linguistically ambitious and inventive..”

How do you take yours?

Sepia Saturday: Among the Blooms

This is a photograph of a mother and daughter. The mother, on the left, is Edith Kate Mason - my great grandmother - and she’s getting a tour of my maternal grandparent’s garden by her daughter – my grandmother - Hilda May Gregory. 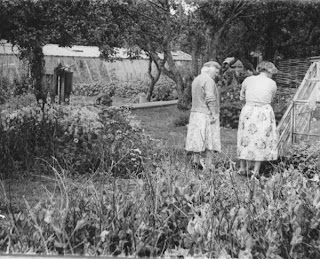 Edith Kate was born in 1884. Living proof of a romantic liaison between her mother and our mystery man. She married William Butler on 1st December, 1906. William was a Groom and later, a Coachman. He joined the army to fight in the Great War and died in 1924, aged 43.

Edith married again, some years after, to a man called Mason. I know little about him, other than the fact that he was the father of my grandmother’s half-brother, Harold.

Edith died in 1963, after a long battle with cancer.

I suppose this photograph is special to me for a number of reasons, mostly nostalgic. But probably, most importantly, it’s the only one I have of Edith and Hilda together. Also, it shows a fairly good portion of the garden at our family home, ‘The Laurels’, when it was in full-bloom. Aside from a substantial lawn, the garden boasted a 75 foot long greenhouse, a mature fruit orchard, numerous plots given over to vegetables and magnificent, fragrant, flower borders filled with colour. All linked by a winding network of neatly mown paths.

Some of the more identifiable detail here includes, in foreground, a crop of peas. To the immediate right of my grandmother, more of those hurdles! Not included in the shot, to the right of the glass frame, was an old potting shed. It was one of my top hiding places on a plot that measured just short of an acre.

In the left of the photograph, just beyond the little apple tree, is a hand operated pump that pulled water from a well. This was used to irrigate the garden and greenhouse. It was also the source of drinking water and was later supplied to the house by an electric pump. The water was then held in a tank in the kitchen and gravity-fed through a single tap. It tasted so sweet. Nothing like the chlorinated offering we get today.

I imagine mother and daughter would be soon be enjoying a cup tea, made with that very water…as soon as they finished their tour. 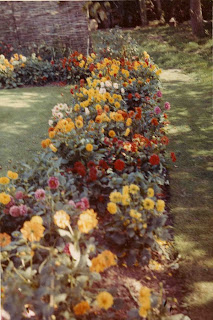 Never Too Old to Blog

If ever any of you begin to think you’re too old to blog, do spare a moment or two to visit The Oldest Blogger On Earth.

Elvira S. Oliver, at 99 years of age, claims to be the oldest blogger in the world and the author of  "The Joys of Growing Up Italian". Originally written on an old manual typewriter, at her kitchen table in 1968, her story, it appears, has since been plagiarised on various websites.

I’ve been a regular reader of Elvira’s posts since August, 2009. Each one has been entertaining, thought-provoking and enlightening, and she offers us a wonderful insight into her long life, from growing up in New York's Brooklyn to the present day. Well worth a visit.

Sepia Saturday: That Far Away Look

It’s difficult to look mean and moody when you’re a curly haired three year old in short trousers, but it seems as though was trying my best in this photograph. 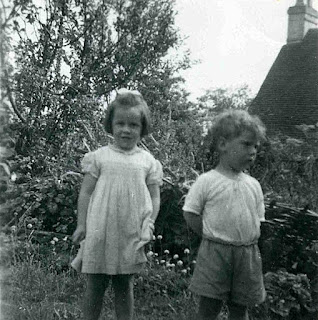 The compliant girl was called Sarah, and she lived a couple of doors away from the house where I was born. She looks a bit bemused at having the camera pointed in our direction.

I vaguely remember us playing together in the garden, but my interests were really centred on my little tricycle. Breaking speed records along the path at the side of the house was infinitely more attractive than playing nicely with Sarah.

Having looked at this photograph for a while, in preparation for this post, observations include the fairness of my hair – I was very blonde from birth – later it turned dark brown and then greyish, before some of it decided to leave entirely, disgusted with the unpredictable colour changes, I suspect.

I also noticed the old hazel hurdle standing behind me, near the bottom right of the photograph. No doubt it was made by my grandfather. He was the only hurdle-maker in the village, and one of a handful working in the county of Hampshire. 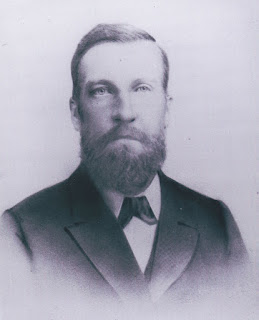 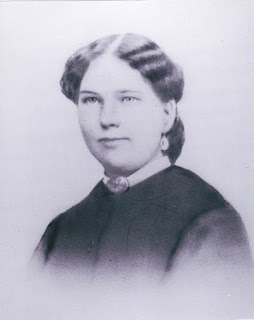 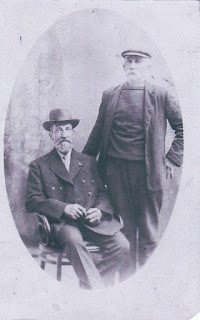