World At Her Feet

Whenever I'm out and about with Speckly Woo, and she has her bright pink camera at the ready, I rarely guide her towards what I think would make an interesting photograph. The temptation is there, but I always resist. The main reason being, I'm always curious, and not a little surprised to see what appeals to a child's eye. 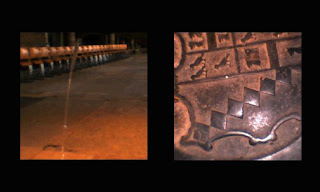 One of her methods is to aim the lens at a point near her feet. In fact, sometimes she actually gets her feet in shot. But the world at that level, and a few inches higher, is not without aesthetic appeal. 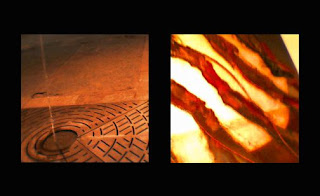 At present, her mind isn't cluttered up with techniques and rules. Something floats into view and she catches it...or not. There's no disappointment, no angst over poor exposure or camera shake. Speckly Woo! has the world at her feet and, as far as she's concerned, some of it is obviously worth capturing.
Posted by Poetry24 at 22:58 10 comments:

From dawn until dusk, we're immersed in a world of superlatives. They probably pervade our dreams as well. In fact, they're more likely to make their presence felt as we sleep in a world where more is often better. So, you might be forgiven for thinking the bar has been raised to unassailable heights, until you believe you've got more chance of a rocking horse producing nourishment for your roses, than being impressed. 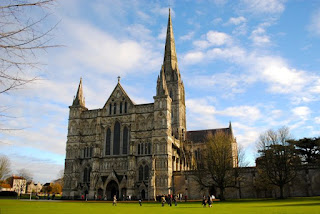 Well, today I knew I would be impressed, just as I always am when visiting Salisbury Cathedral. The image is familiar enough in my mind's eye, we live just ten miles away, yet I get a powerful run of emotions whenever I get up close. It's not just the scale or design, the towering 404ft steeple, or the religious significance. It's as though I'm tapping into a collective admiration, reverence even, shared by countless individuals since the 13th century.

This was a family visit, and after a cup of hot chocolate, in the Cathedral refectory, Speckly Woo! and I set about a little photographic exercise. Her efforts will appear in her V-Tech gallery in a day or two. 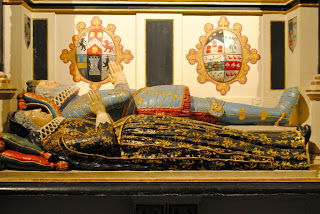 She was wide-eyed at the tombs of real Knights, and immediately wanted to know if they were married to princesses. The twins, Curly and Whirly, led Mummy and Nanny to almost every last corner of the building. 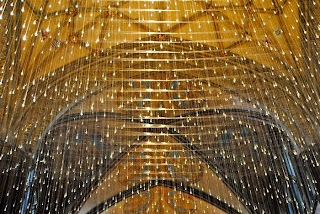 Eventually we all met up, having gravitated to a row of burning candles. The inevitable questions came, and we explained that candles were lit for people who are in our thoughts. I then lit one for my recently departed friend. Speckly Woo! wanted to light one, too. But this wasn't a copycat exercise, she plainly had her reasons, and they stretched beyond emulating me. She picked up a candle, and held it carefully to another until the wick was lit. She then placed it in the row. We asked her who was in her thoughts. "Grandad Arthur," she replied, softly. 'Grandad Arthur' was my step-father, who passed away just over a year ago. He hadn't been mentioned in any of our conversations, today, yet Speckly Woo had him in her thoughts. I'm proud to say, I was impressed.
Posted by Poetry24 at 22:41 11 comments:

This post, originally published in August, 2009, pre-dates my discovery of the excellent Sepia Saturday. I think (with a little editing) it should probably make a reappearance, here.
One of my favourite Mark Twain quotes is, "When I was a boy of 14, my father was so ignorant I could hardly stand to have the old man around. But when I got to be 21, I was astonished at how much the old man had learned in seven years."
I think I like it for two reasons. First of all, I feel slightly distanced from it in that my father wasn't around when I was growing up, so at 21 I somehow felt exempt from ever having been a callow youth – although, of course, I had been as callow as the next. Secondly, it's just a great quote to pull out when you're into your middle-years. By this time, if few people credit you with having attained any real wisdom, they might at least be impressed by the fact that you can quote Mark Twain verbatim! 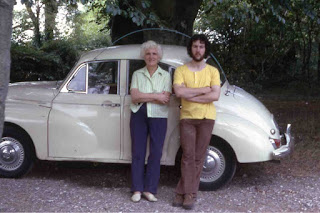 Unconventional Grandmother, with youth emerging from callow into yellow
The night before this post was originally published, BBC Four screened the Woodstock movie on the 40th anniversary of the event. But it had also been 40 years since the first man landed on the moon and the release of The Beatles' Abbey Road album.
In his own youth, my grandfather was assured that any notion of a man travelling to the moon should be  regarded as little more than nonsense, sheer science-fiction. As it happened, he witnessed the lunar experience in 1969 from the comfort of his armchair along with many of us. But for him, Woodstock, The Beatles and their like must have seemed as distant as the stars.
Strange though, to think that if I referred to anyone over thirty as 'grandad', I never made a direct association with my own grandfather. So what was I saying in those days when our generation thought it had all the answers? Something for the psychologists and sociologists to clear up, or back to Mark twain?
Posted by Poetry24 at 08:54 17 comments: