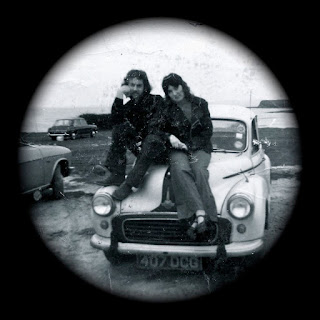 A young couple, happy, relaxed. At one with their surroundings, and with each other. Marriage was an unknown shape on the horizon. People had pointed to it and tried to convince us of its universal qualities. Some identified it as a replica of something they, themselves, had built. A piece of emotional architecture with rooms furnished from a catalogue of bespoke joy and misfortune. They led us through many richly decorated passages, into places where we were supposed to be shocked or surprised into heeding their words of wisdom. But we were young, and marriage remained little more than an unknown shape to us.

At the vow-taking stage, we heard the words, felt the gravity, and read the effects on the faces of those around us. But 'for richer, for poorer' - 'in sickness and in health' were nowhere to be seen on the road from where we were standing. In fact, we probably didn't believe they were places we would ever visit. They were backwaters, outposts, remote and uninviting. We pledged our truthfulness yet, in truth, we crossed our fingers, rather than our hearts, that we wouldn't be among those poor unfortunates for whom these words had been included. After all, we were young.

Nearly four decades forward, and our shape on the horizon is a recognisable, yet unique edifice. Its ups and downs defined, more than designed. Classic features juxtaposed with crude, utilitarian workmanship. Clever use of light, ensuring that dark corners are kept to a minimum, and colour schemes that reflect both passion and compassion.

We now know the shape that was barely visible on the horizon, when we were young. It was a blueprint of possibilities, held tightly in the hands of likelihood.
Posted by Poetry24 at 21:23 12 comments:

Some of the most joyous moments in a young lad's life, occur when he finds himself in receipt of a gift he's lost sleep over. Usually its something iconic. In my case, a football with the names of the 1966 World Cup winners scrawled across the surface. Never mind that it was mass produced, the fact that your mates had one too, only served to reinforce the 'band of brothers' bond. Bear in mind that we were still some distance from owning a bike with drop handlebars and Derailleur gears. That's another story, entirely.

Equal to the joy of receiving a desired gift, is the moment when a man in his middle years (depending how optimistic you are) rediscovers a long lost toy from his childhood. 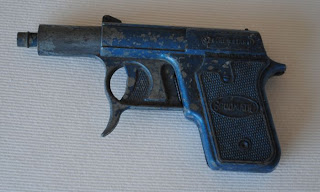 Today, I felt a moment of joy, and it had nothing to do with the pint of Wadworths 6X I had with my pub lunch. My step-sister had discovered a concealed and deadly weapon, in an old, lockable, piece of furniture that once housed my stash of contraband. When breaking up a wormy bureau that was beyond saving, my old 'Spudmatic' sprang from a recess. It was kind of her to save it for me. Many sisters would have dumped it, as retribution for the frenzied fire of potato pellets she found herself subjected to, in the dim and distant past.

But joy of joys, she also rescued these four ladies, tiny, fragile cars from a transporter that was once hitched up to a diesel engine in my train-set. I think they are (from left to right) Peugeot, ? Citroen, and Saab. If anyone can identify the second model, I'd be grateful. They are now garaged on the base of my monitor. Oh joy!

During my studies in Aesthetics, I couldn't avoid getting acquainted with the thoughts of Clive Bell. His theory that unique aesthetic emotion exists, apart from those emotions evoked by an object, was one of those things that stuck with me. And I have, on many occasions, experienced an emotional response to certain "forms and relations of forms" which Bell called "significant form".

But philosophical perspectives aside, my emotional responses are more often triggered by a tune or a photograph that gives me pleasure through a personal association. One sure-fire bet is artwork produced by children, and the free representation of the world they see. 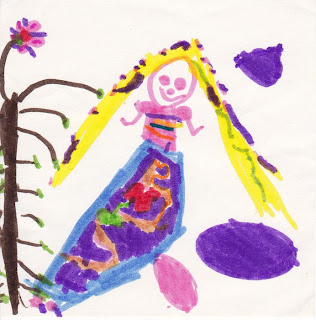 Speckly Woo recently created this charming self-portrait. An image of herself, by herself, sitting next to an unidentified tree, in bloom. 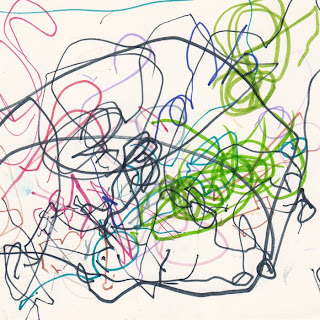 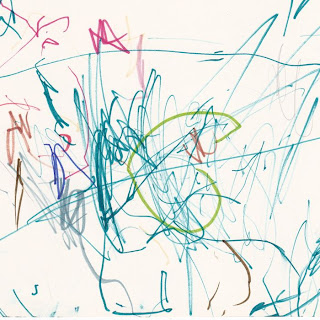 The twins are also flexing their little artistic muscles. When children first make their literal marks on the world, in form and colour, we are witnessing something truly special.
Posted by Poetry24 at 11:09 11 comments:

Given that the royal family have had so much coverage in the past few days, it's probably about time I revealed that I, too, married someone who once held the title of 'Queen'. 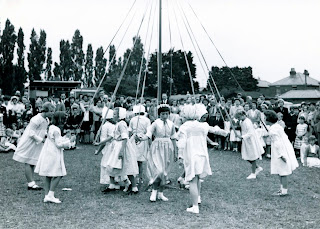 Yes, that's Mags, centre stage. The crowd may not be waving flags, and they may be more conservatively dressed for the occasion, but nonetheless, there's a lot of public interest and support for the young girl wearing the crown. 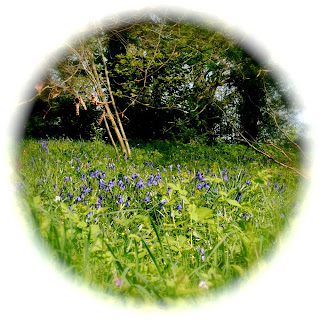