What it's all about

When I started this blog, the intention was to focus on my thoughts and observations from a Grandfather's perspective, and I hope I've managed that to some degree.

However much I may digress from my original plan, posting about all and sundry, these three darling girls are, with the rest of my closest family, at the centre of my life.

You may think it odd that I've chosen photographs that don't reveal the girl's faces. It's just me, being over-protective. Nonetheless, from standing just behind them, you can share in the world they see stretching out before them. 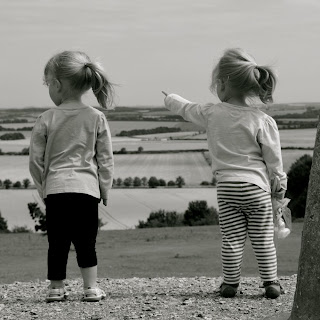 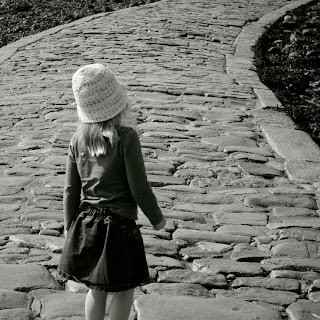 Speckly Woo! on the path to a great adventure 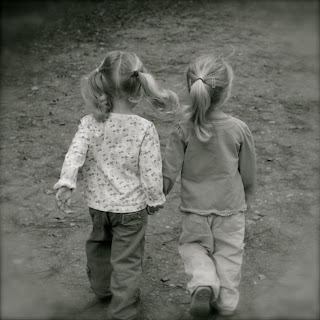 Arthur and George were twins. They were called up to fight in 1939, aged just 19. They trained together and, for the most part, fought together in Italy and North Africa. 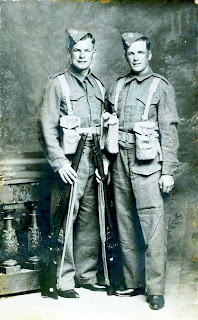 Arthur was my late stepfather. He passed away in December, 2009, aged 89. His war experiences never left him and, in his final months, the most poignant episodes were recalled again and again. He had been left puzzles to solve in his own mind, puzzles that had no clear answers.

We know about the special relationship that can exist between twins. Two of our own grandchildren share such a bond. And there's a particular wartime story about Arthur and George that I'll always remember. They had been involved in heavy fighting, at close quarters. As the odds turned against them, the order was given to fall back. Enemy fire rained down, and Arthur threw himself into a hole in the ground. He stayed there, waist-deep in water. Any attempt to haul himself out and make it back to his unit, would have attracted unwanted attention from the other side. In fact, the Germans were so close, just beyond a low ridge, that Arthur could hear them talking and slapping their sides in the cold early mornings.

Who else, other than George, would have crawled on his belly to get cold rations and water to his isolated brother? Time after time, he did so, under cover of darkness.

Everyone has stayed too long in the bath at some time. The crinkly skin is the tell-tale sign. Imagine how we'd look after several days too long in the water. Arthur was hospitalised after his eventual rescue.

As kids, we gently ribbed him about how smooth his legs were. We had no idea then and, in truth, we still have no idea today.

Our recent trip to Salisbury was a family affair... 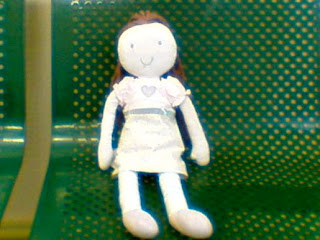 which included the ever present, Mary. 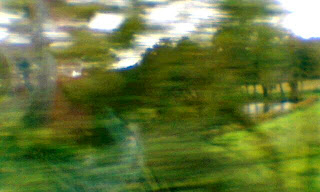 Familiar countryside passed in a flash and, 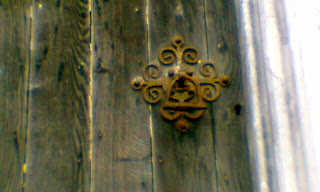 very soon, Speckly Woo was lining up suitable subjects.
This ancient door-handle at the Cathedral, caught her eye. 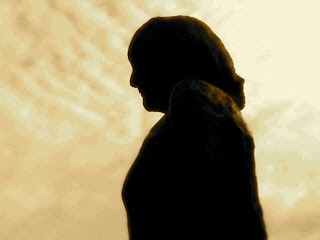 As did this sculpture in silhouette... 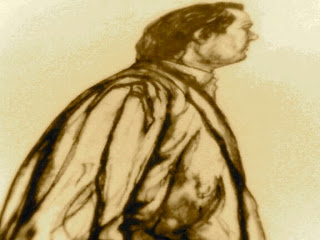 and this rather fine sketch.