The Towered of the County

Building a tower with dominoes
is a doddle... 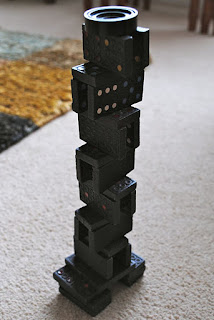 ...but kids just have to up the ante
don't they? 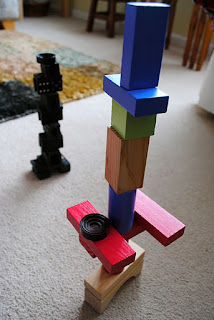 They even install security
to protect their interests. 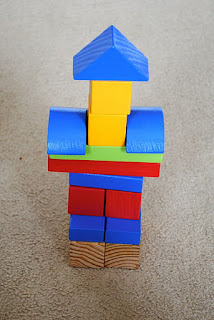 Miserable and the Unmissable

I once read a quote by Bob Geldof that rubbished school productions of Christmas nativity plays. In fact he said, "School plays are total complete and utter sh*te." I suppose he's entitled to his opinion. I felt much the same way about his creative output, until I heard his most recent effort, entitled, 'How To Compose Popular Songs That Will Sell'. I suppose, if nothing else, this album went some way towards proving that, behind the self-styled image of 'grumpy old man' there really beats a heart of vinyl. 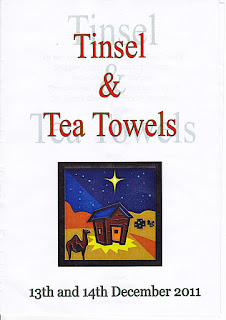 As we took our seats in the village hall, this afternoon, for a school performance of 'Tinsel and Tea Towels', Geldof's words were still echoing far off in the distance. But his whinges were blown away as we were confronted with a sea of small children, haloed in tinsel, craning their necks for a glimpse of a friendly relative, and desperately trying not to get their angel's wings tangled up.

Speckly Woo and her classmates were dressed for the donkey dance. Complete with plaited tail, long ears, and a streak of stubbornness usually reserved for real donkeys, they entertained us, along with the rest of the cast, for almost 40 minutes.

Yes, there were moments when someone's lines deserted them. The singing wasn't without some collective drifting off-key, and one of the three kings gave a long yawn and removed his hat, near the end, before replacing it back to front. So what, Bob?
Posted by Poetry24 at 22:26 7 comments:

Rows by any other name

Anyone who has tried to outwit a five year old will have also experienced that wilting feeling, as some piece of silliness is dissected, examined and neutralised with a logical one-liner. When I downloaded some photographs from Speckly Woo's camera, recently, I began to wonder if there might be a connection between the order she's currently drawn to through the viewfinder, and the analytical processes that help her to see her world so clearly. 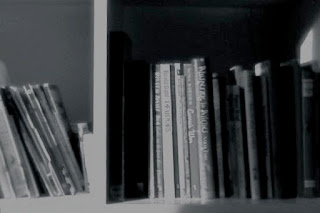 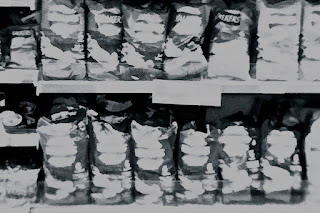 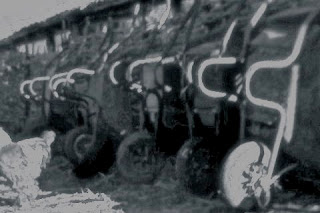 Kids seem instinctively drawn to the weird and wonderful. So, perhaps the designers of the nursery rhyme characters we discovered in the 'Magic Forest' recognised an opportunity to test the boundaries. 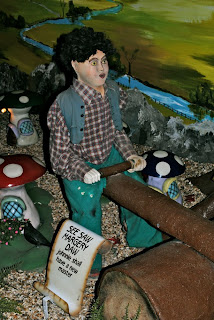 What's the betting that Johnnie's new master will be straight out of a John Wyndham novel? 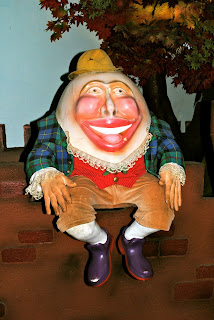 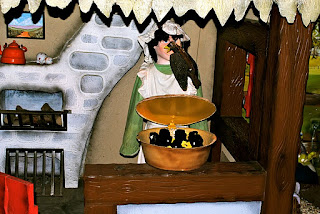 If only the maid had been in the garden, hanging out the clothes, she may never have been disfigured in a preemptive blackbird strike within the close confines of the kitchen.

Speckly Woo was five on Saturday and, faced with the choice of a traditional party or a day out that included dinosaurs, a winter wonderland and Peppa Pig World, she asked that we all wrap up warm and head for the theme park just a few miles away. 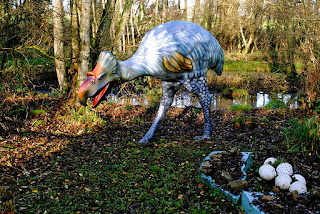 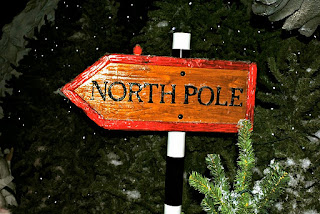 ...you can guess what's coming next. 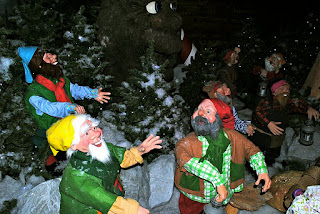 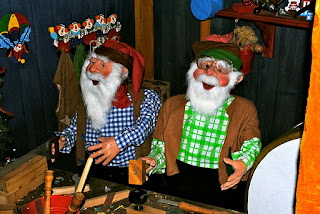 We all got to meet the main man after this and, take it from me, neither SW or her sisters indicated that they had seen any similarities between me and Santa. Of course, I keep my beard closely trimmed. 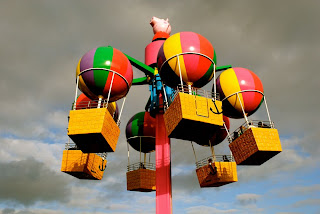 Outside, PP, herself was popping up... 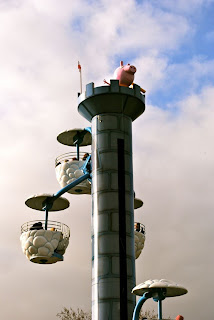 After about five hours, it was back to SW's for dinner, jelly and ice-cream, and birthday cake. Lemonade for the girls and Winter Pimms for the frost-bitten grown-ups. I'm sure Peppa would have approved.
Posted by Poetry24 at 22:01 8 comments: