Do take a few minutes to watch this clip. I'd be very interested to hear what you think.

Cast your mind back and try to remember how it felt to be ill, when you were a child. Try to avoid reiterating those stories recalled by your parents. For instance, I have been told that having contracted influenza as an infant, I was delirious. Consequently, I almost remember that fevered state of mind. I can almost feel the beads of perspiration being sponged from my brow, even though the entire experience remains forever locked in my delirium, with only parental testimony to give it credence.

I do remember being confined to bed, only leaving it to sit shakily while my clammy sheets were changed. I remember the waves of unpredictable heat that raced through my small frame, leaving me listless and tearful. Also, the uncontrollable coughing, retching, and the ever present white enamelled bowl, perched ominously on a nearby chair.

I remember how the house felt, on a day when I should have been at school. The daily chores, that unfolded like hopeful auditions, and the sounds of innocuous invasion. A milk float, hauling to a hum, its tinkling load running rings along the the unmade roads around about. Barely audible passings of the day merged with birdsong, quickly evaporating after the effort of squeezing through a cracked window. 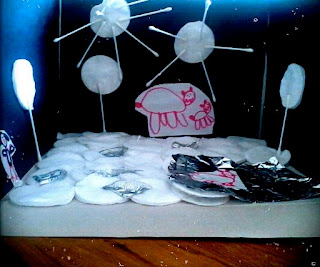 A snowscape by Speckly Woo, created during a moment of respite.

Then, oddly, there were occasional pulses of energy. Respites that tricked me into thinking I was over the worst. Brief spells when I would lose myself in a comic or utter something cheeky, before watching my world float in and out of focus once more. I remember wondering if I would ever get better, then, as the signs of recovery became undeniable, half-wishing for a relapse to the land of extra cuddles and soft pillows.
Posted by Poetry24 at 13:45 16 comments:

It's been a day of offering a little extra TLC to our SW. She's been quite poorly (it looks like chicken pox) so we called round, with soup, date and walnut loaf, and a box of unseasonal strawberry split ice-lollies.

Only a couple of days ago, she was happily exploiting a little app on my phone. Today she was all hot and bothered, and struggling with a persistent cough and raised temperature. Hopefully, she'll soon be on the mend. 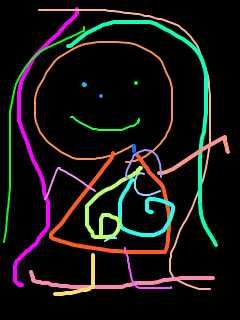 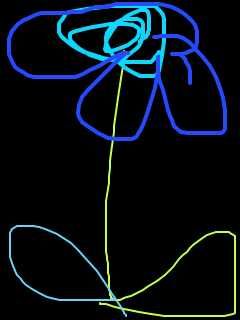 While their sister was tucked up on the sofa, the twins were their usual busy selves. One minute, laying wooden train track in the hall, the next dressing up in Cinderella sling-backs and princess gowns. At one point we were treated to a musical interlude (I knew those little keyboards were a mistake) accompanied by a few improvised ballet movements. 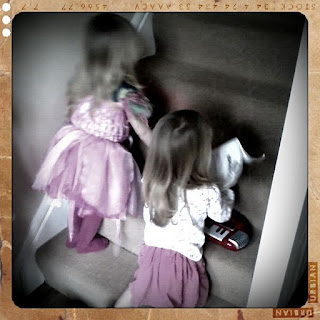 Although it gets a little worrying when our diminutive duo leaves the room to discuss their next surprise.
Posted by Poetry24 at 20:46 14 comments:

I'm following on neatly from matters concerning what grows on the the head, to what goes on the head. Your choice of headgear speaks volumes, you know. And, that which caresses the cranium may also prove to be an indicator as to what's going on inside. For instance, we have Sherlock Holmes and his deerstalker, and the dear ladies of Ascot and their magnificent millinery. Then there was my maternal grandmother, who sometimes donned a battered sun-hat when sitting in her makeshift conservatory but, more often than not, settled for The Sun to protect herself from...well, the sun. 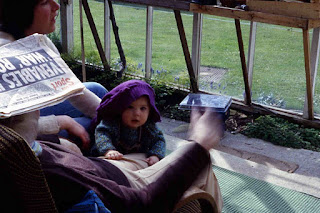 It would seem that our daughter was influenced by her great grandmother from a very early age. I was tempted to insert a speech bubble for Mags, but I think she was probably lost for words.

I should have guessed 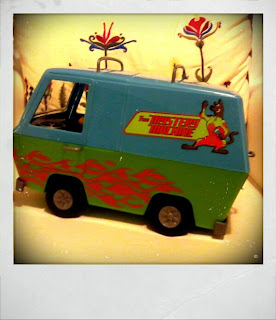 Daphne's been kidnapped by a monster, and she'll marry whoever rescues her.

Me - But what if it's Scooby who  rescues Daphne? 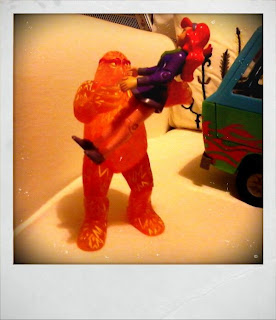 SW - Then Daphne will marry a dog. 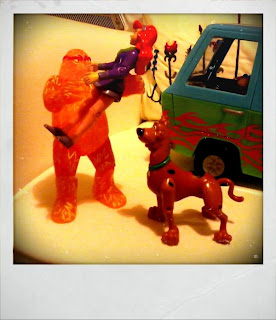 The world outside is working its way through elemental costume changes today. Howling winds, skies collapsing in heaps of grey, and slanted rain too over-the-top for any gothic hero to face. So it's a good day for reading, especially my neglected blog list. At first, Tim Footman's post raised a smile, but out of the murky roots of Ronald Searle's humour, a few ghosts materialised from my own schooldays. 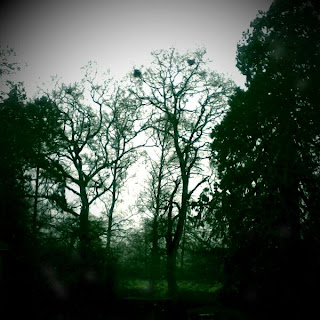 When I hear myself telling a tale of how I had my ears boxed, witnessed classroom comics being dragged from seats by their hair, turned away as a sadistic Maths teacher took a run up to slipper boys backsides with a size ten, even I remain slightly sceptical. Surely, somehow, time has tricked me. The distance across all those years has afforded me room to exaggerate. But, no, unfortunately my recollections are all too accurate.

The twisting of my ear for chewing in a biology lesson was executed perfectly, like an artist signing off a piece of work. The Master in question, a former member of an RAF bomber crew and pugilist of some note, regarded it his duty to prise potential out of his classes, with hard discipline. If it couldn't be twisted, poked, or slapped free, there was always humiliation. Snide references to an awkward boy's pubescent physique would draw forth more than enough earth-swallowing embarrassment to do the job.

Those who compiled the tables of grips and tortures at my old Secondary Modern, were definitely more Scarfe than Searle.
Posted by Poetry24 at 15:32 7 comments: