Mother: “Why have you addressed your letter to Father Christmas, and God?”

Son: “Well, if Father Christmas can’t get the things on my list, God might have more luck.”

It’s little gems like this that started me out on my blogging adventure. As I had written a newspaper column that recorded my experiences as a father, so I had it mind to blog on the experiences of being a grandfather. But blogs have a tendency to evolve, and mine has done so in a way that’s mirrored a great deal of my own personal development during the past three years. Square Sunshine has become a vehicle for my photography, poetry, comment and opinions, and it now seems a world removed from the original concept. So, I’ve decided to try and get this blog back on course, with a tighter focus on what it means to be a grandfather. But where will I put all the other stuff?

Well, having recently stepped away from my editorial role at Poetry24, (although I’ll continue to observe from a distance, as a Co-founder) I should have more time on my hands, which I intend to use in setting up a new blog that will launch sometime in 2013. More later.
Posted by Poetry24 at 19:32 11 comments:

Email ThisBlogThis!Share to TwitterShare to FacebookShare to Pinterest
Labels: blogging

Somewhere over the rainbow...


Do you have Leveson lethargy? Have you lost your enthusiasm for the endless edicts on energy? Perhaps migration is moving you to madness, or you’re just simply not in the mood for more negative news? 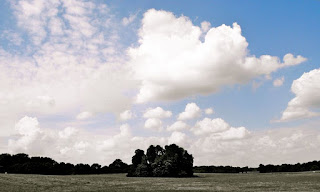 There are a number of effective antidotes, but I highly recommend investing in the mind of a three year-old. This morning, during a short visit, our twin grand-daughters lost themselves in a game of chasing rainbows. We have a clear glass paperweight on our windowsill that projects tiny rainbow patterns around the room, courtesy of the early morning sun. Such inventiveness and pure delight at patches of dancing colours.

Yesterday, Imogen showed me her latest drawing. I learnt that the simple black shape amongst the red-edged clouds, was a bird. “That’s wonderful,” I said, “and what does a bird do?” Without hesitation she flapped her arms all around the kitchen. “Ah, but how do we know it’s a bird? What does it say?” Again, no hesitation, just more circuits of the room, flapping, and calling. “Bird! Bird! Bird!” she said, “like that.”
Posted by Poetry24 at 11:51 8 comments:

A Day of Chocolate Wrapped in Gold 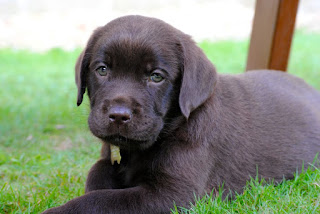 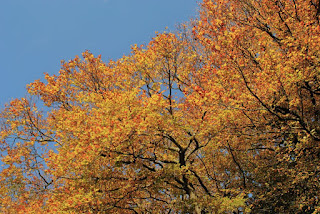 Well, while I was 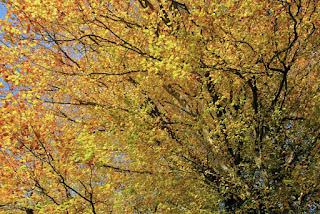 looking up at this beautiful display this afternoon, 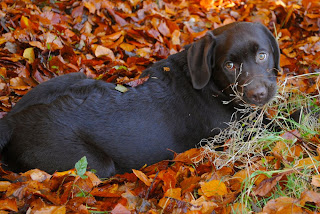