Had a fabulous family day out at Moors Valley Country Park. Although we paused for a ride on the miniature steam railway, ice-creams, and multiple playground activities, there was adventure and celebration in the air, too. 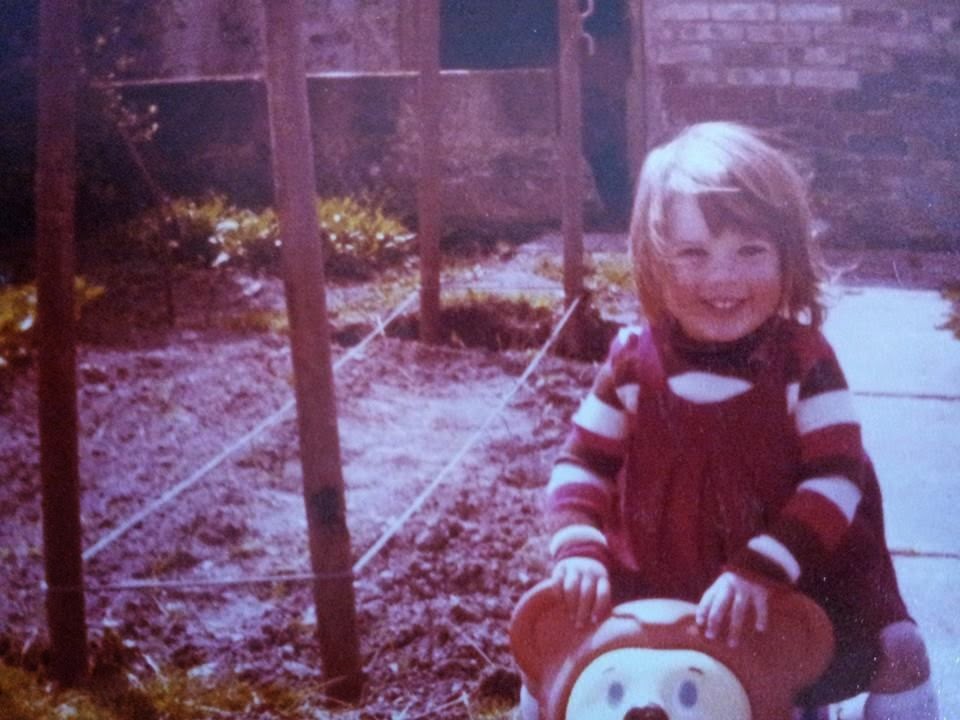 Now 35 years old, I think this little girl might be past close encounters with bears. Even those with a seat and wheels! However, her daughter, SW, was very keen to 'Go Ape' with her dad. 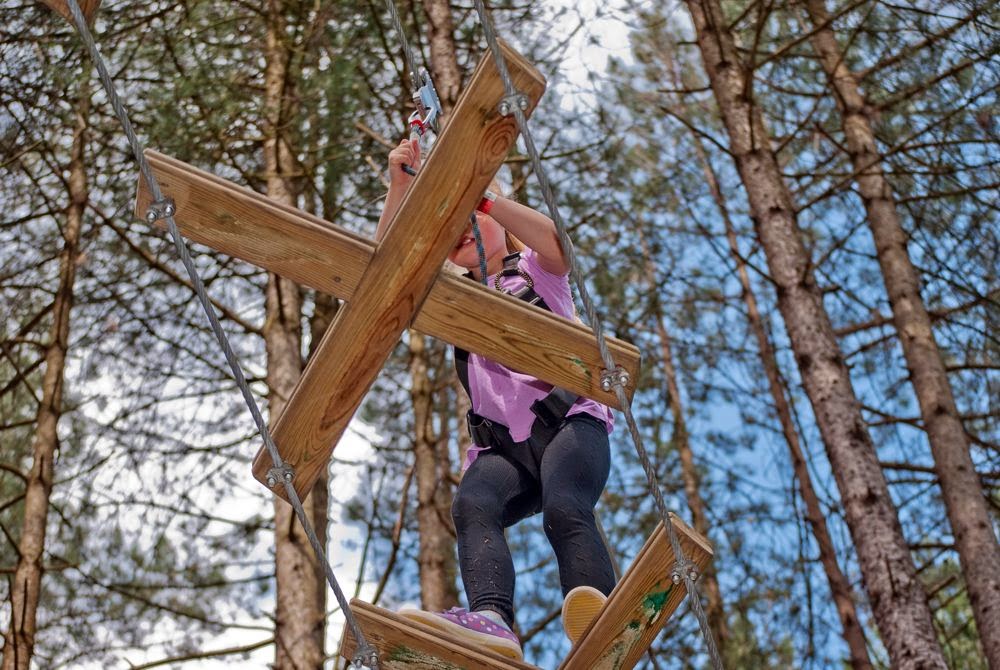 And, do you remember what I said in my last post, about scaling fallen tree trunks, twice your own height? Well, as far as Things 1 and 2 are concerned, it's mission accomplished! 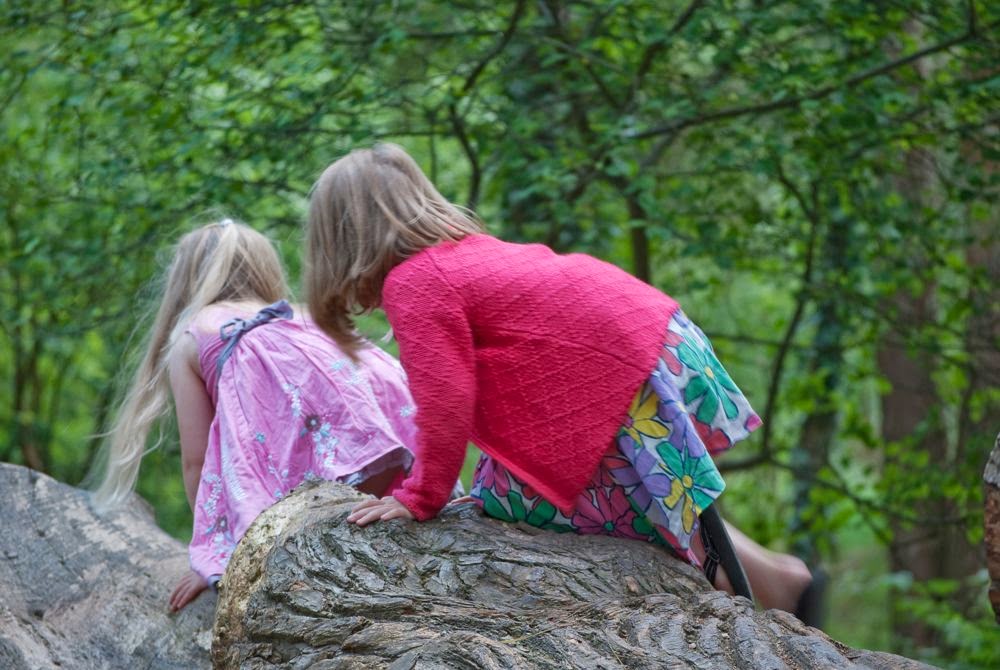 We’ve been planning a family visit to London for this coming weekend, in part to celebrate our daughter’s birthday, but also to take the opportunity to introduce our grandchildren to the ‘sights’. So why are we now heading for a country park instead? Well, it’s a question of breathing space, really.

Once you start to organise a day out in the capital city, for four adults and three small children, it’s not just the Millennium Eye that’s rotating. Anyone who’s familiar with the film of Fantastic Mr Fox will know that possum feeling. 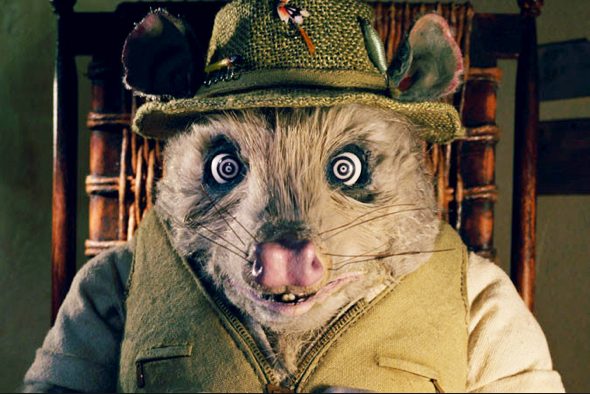 Yes, it’s disappointing not to be taking the little ones on an exciting – for them -  train ride. It’s not such a let down to know that we’ll avoid the crush on the Tube, the fumes, the crowds, the noise, etc.

No doubt, after a day of running and climbing in the woods, there will be three pairs of tired young legs, not to mention the four pairs of considerably older legs. But it’s a different kind of achiness you get, keeping your balance, or testing your ability to scale fallen tree trunks that are twice your height.

Cities can leave you drained in so many ways, so we’re leaving the stone steps and concrete pavements for another day. It reminds me of a time, around 30 years ago, when we were visiting relatives near Southampton, having driven up from our home in Cornwall. We were out in the car on a Saturday morning, when our daughter – 5 or 6 at the time -  surveyed the scene before remarking that she was bothered by the constant movement of so many people. As I recall, she was most anxious about where they were all going to. It would have been so tempting to quote a line or two of Donovan’s ‘The Observation’.

On the sidewalk the people are hustling and bustling
They ain't got no time so they think on the thing
That will fill in the space in between birth and death
Who're they kidding?

Obviously I exercised restraint, on that occasion, something I can guarantee the grandchildren won’t be doing when we turn up here! 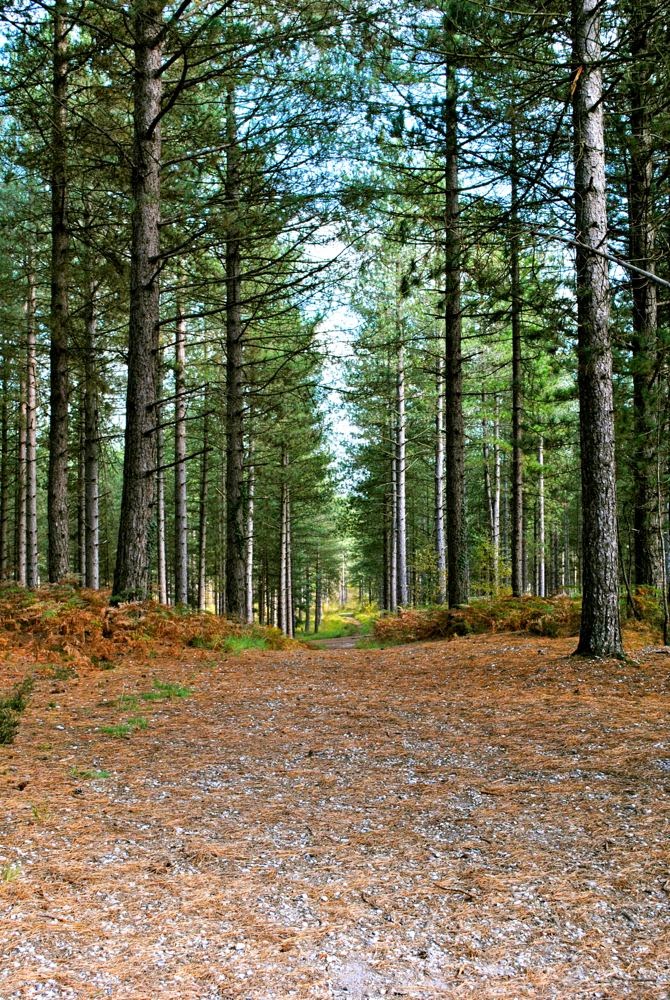 I don’t recall anyone ever asking me “what do you want to be when you grow up?” The usual, tired mantras, espoused by parents and teachers alike, were rooted in an unchallengeable work ethic. Keep your head down, keep your nose clean – easier said than done, whilst pressed hard against the grindstone – and learn, learn, learn.

Frankly, much of the last part was lost on me, as it was on many of my contemporaries. The incentives to learn were not so clearly explained in those days, and academic apathy combined with painfully narrow horizons, resulted in many of my cohort stumbling out of school, into a fug of employment possibilities filed under ‘Dead End’.

I recall someone I had an appointment with, a nonchalant woman – I don’t think the term ‘Career Advisor’ had been invented then – who offered me 17 ‘possibilities’ from her card-index of jobs. The options were hardly mouth-watering. Making wooden crates for a packaging company, creosoting railway sleepers, carpet factory, etc, etc. Eventually I settled for an apprenticeship with an agricultural engineering firm. Well, why wouldn’t I? I’d be working outside, undoing nuts and bolts and, most importantly, I’d be out of the classroom and into a world that was suddenly adorned with prospects. Although, a career wasn’t among them. Within four months of breaking free from education, I was already in my second job.

I hope I don’t come across as someone who’s feeling short-changed in any way. It was what it was, and I’d probably take the same path all over again. There have been some moments worth reliving.

What triggered this line of thought? Well, it was something that our twin grand-daughter, Thing 2, said when she stopped over, recently. “My friend told me, her mummy’s a doctor. I told my friend, my mummy’s a worker.”

Great, isn’t it? Kids draw little or no distinction between the lady that saves lives, and the lady that serves school lunches. The truth is, both women play important roles, and do valuable work. It’s a thought worth holding on to, and I’m confident that Thing 2 and her sisters will grow up with a much clearer idea of how different people contribute to society, and how society regards them, in turn.
Posted by Poetry24 at 18:37 2 comments:

Of all the things we have to explain to kids, human anatomy probably ranks high on the list in terms of complexity. Starting out is easy. Teach them the common names for limbs and sensory organs, and establish a list of acceptable euphemisms for bodily functions – job done! That’s how it was for us, until our daughter brought a library book home from primary school, for me to read with her. Imagine, settling down to deliver a bedtime story, and being presented with a book about delivering babies. Yes, there I was, mentally rehearsing various character voices, only to find myself pitifully underprepared for ‘A Foetus Journeys Forth’. 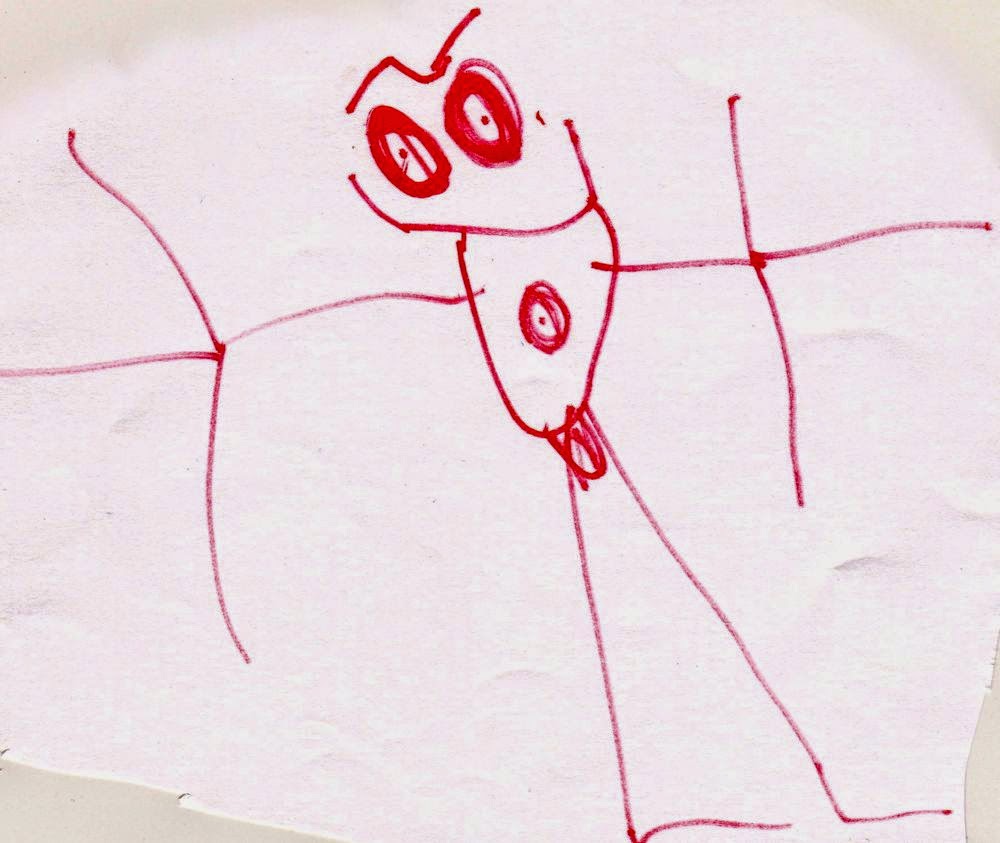 Aged three, Thing 1 had formed the opinion that human anatomy
wasn't as complicated as grown-ups would have her believe.
Still, I survived that experience, and an awful lot more besides, the way most parents do. Now all I have to contend with are the occasional surprises, sprung by young grandchildren.

“Why have you got small boobies, Grandad?”
“Uhh…”

“Why have your teeth got black bits, Grandad?”
“Not black. Silver.”
“Black.”
“They’re fillings, where the dentist repaired my teeth.”
“Black.”

And the latest is, “When will you die?” To which I’m tempted to answer, “Probably when you call out some boundary-breaking question in a crowded public place.”

Our daughter, now mother of three - so the message in the library book all those years ago, must have stuck – was telling me, today, that Thing 1 sprang from the bath last evening, pointed to her distended tummy and declared it full of strawberries. She went on to explain that her head was full of fish, and her arms packed with biscuits. Beats slugs, snails and puppy dog’s tails I suppose!
Posted by Poetry24 at 14:42 10 comments: