“I have realized that the past and future are real illusions, that they exist in the present, which is what there is and all there is.”
― Alan Watts

50 years ago, today, I was on the cusp of a new life, and didn’t even know it. That’s so often true, when you’re a child. You sense the things that are directly affecting you, day to day, but the bigger picture is the province of grown ups. They call the shots, often with the best of intentions, and you have little choice but to fall into line. So, on my 10th birthday, I had no way of knowing that in a few short months I’d be leaving my grandparents’ home for somewhere that would never be my home, despite the best efforts of a new family and those naturally closest to me. 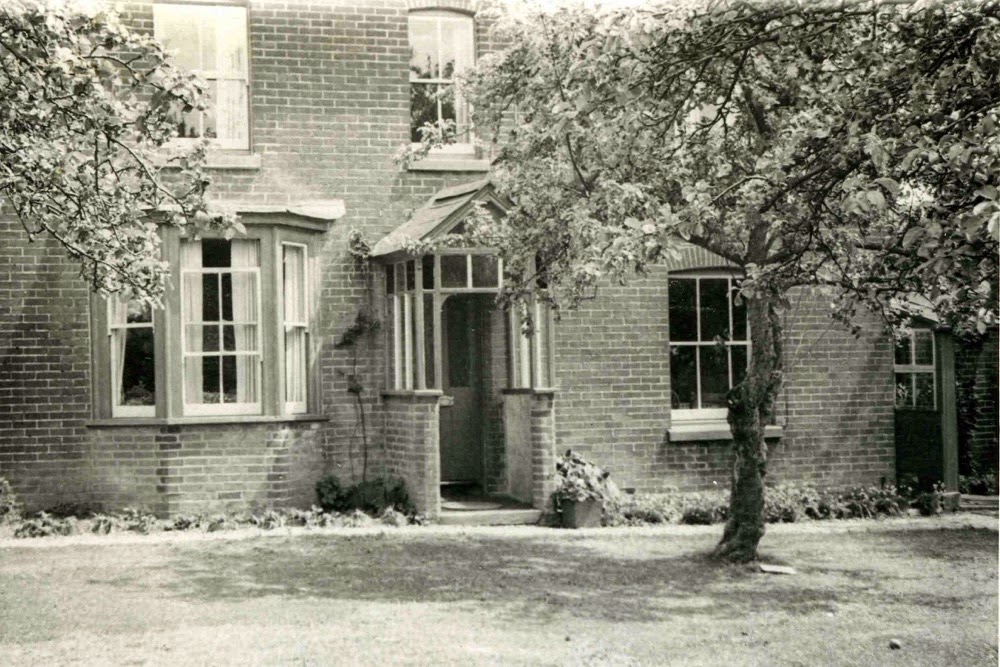 The Laurels, the house I was so sad to leave.
But that would be my future. In the meantime, I had presents to open. In those days, I was football crazy, football mad, so it wasn't too big a surprise to receive a pair of boots, some red and white hooped socks, and a leather ball. But I also received, a book from my mother, ‘A Pageant of History’. 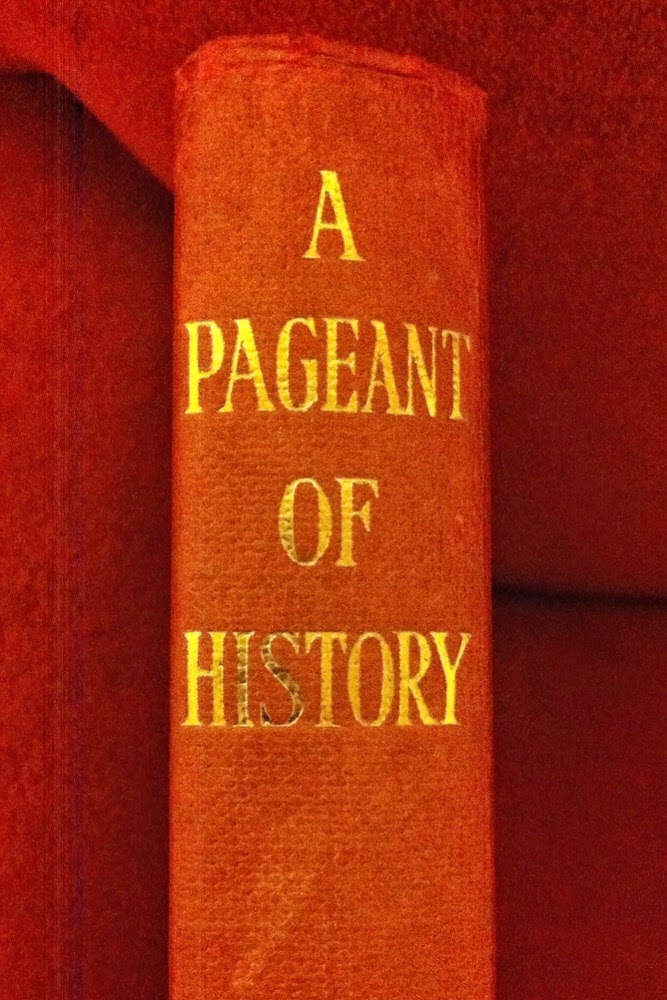 Those short November days offered me the best of both worlds. Enough daylight, between end-of-school and teatime, to get the boots on and kick the ball about, before devouring the contents of my history book in the soft, yellow light of a low wattage bulb in what we called ‘the kitchen’. In fact, it was a cosiest of living-cum-dining rooms. 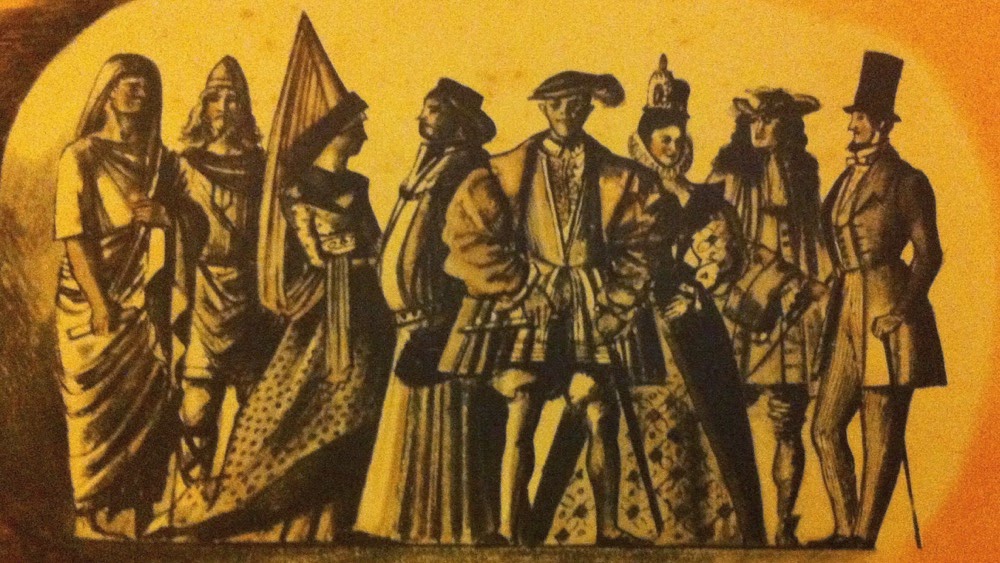 Each night, for several weeks, I roped my grandfather into a game of football in the unkempt field adjacent to his house. Me, variously playing as Moore, Greaves, Charlton or Paine, weaving around between the long tufts of grass and playing to the sound of a stiff evening breeze as it passed through the loosely strung power cables hemming the lane. My grandfather kept a makeshift goal, standing solid in his hobnail boots and blocking my shots with his huge splayed hands, fresh from the woods. Only when daylight finally drained away and the final whistle of my grandmother’s shrill call reached our ears, did we beat a path for home.

That particular birthday has remained fresh in my mind for so many reasons. My first in double figures, my last in the house I always regarded as my true home. It was the launch date for the next half century, a length of time I wouldn’t have got my head around as a 10 year old, except maybe, with the aid of my history book. I still have it. It’s a thing I cherish, a chronological record of the lives of others and the events that shaped them.

The most poignant reminder of my 10th birthday. An inscription from my mother.

Now I have my own significant history to look back on, my own sequence of events that have shaped me. I’ve shared glimpses of that past here, from time to time. Perhaps I'll dig deeper, but for now I’m going to enjoy the day which I’ll spend in the company of my nearest and dearest. I hear tell that a special 'birthday' chicken casserole is being prepared in a house not so far away.
Posted by Poetry24 at 08:36 13 comments:

Exactly what goes through the mind of an eight year old, when she's wielding her paints and crayons may never be known for sure. SW has been very productive of late, and this picture, 'An Alien Party', caught my attention for a number of reasons. Who could blame the aliens for celebrating 100 years without having to endure a human invasion? Perhaps a little more worrying is the sign pointing to a risky looking asteroid ride. In case you can't see it clearly, it reads, "Asteroid ride this way. Warning: 90 - 100, because if you die, you don't lose as much of your life." 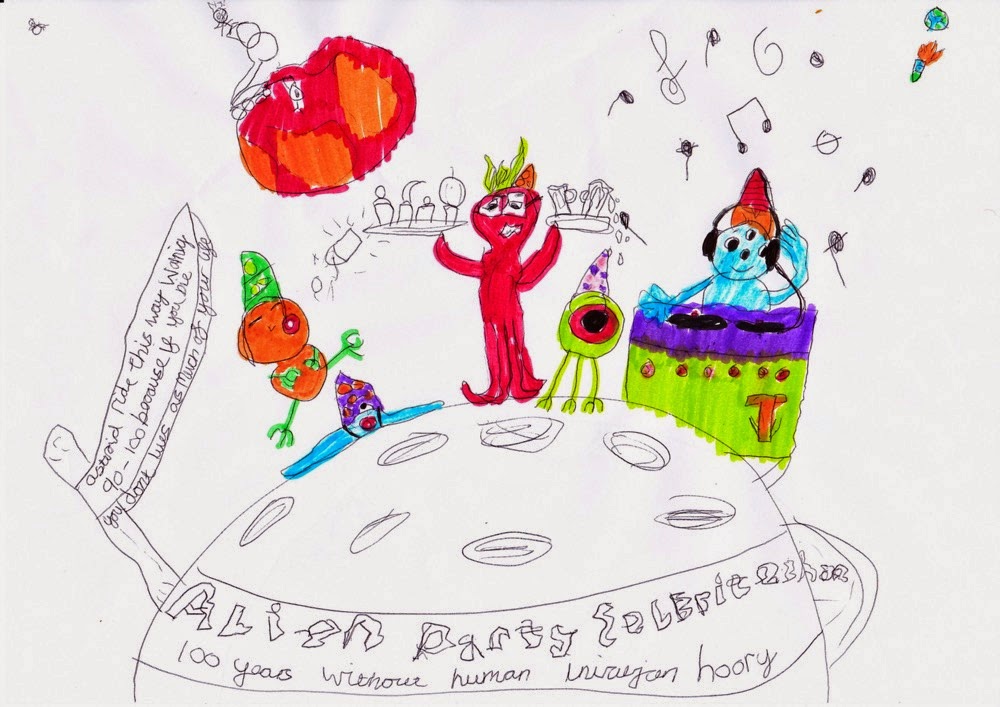 On the other hand, some pictures are inspired, and the source of the inspiration is revealed eagerly. This second work is based on a painting by SW's great great grandfather. I love it, and I know he'd love it, too. 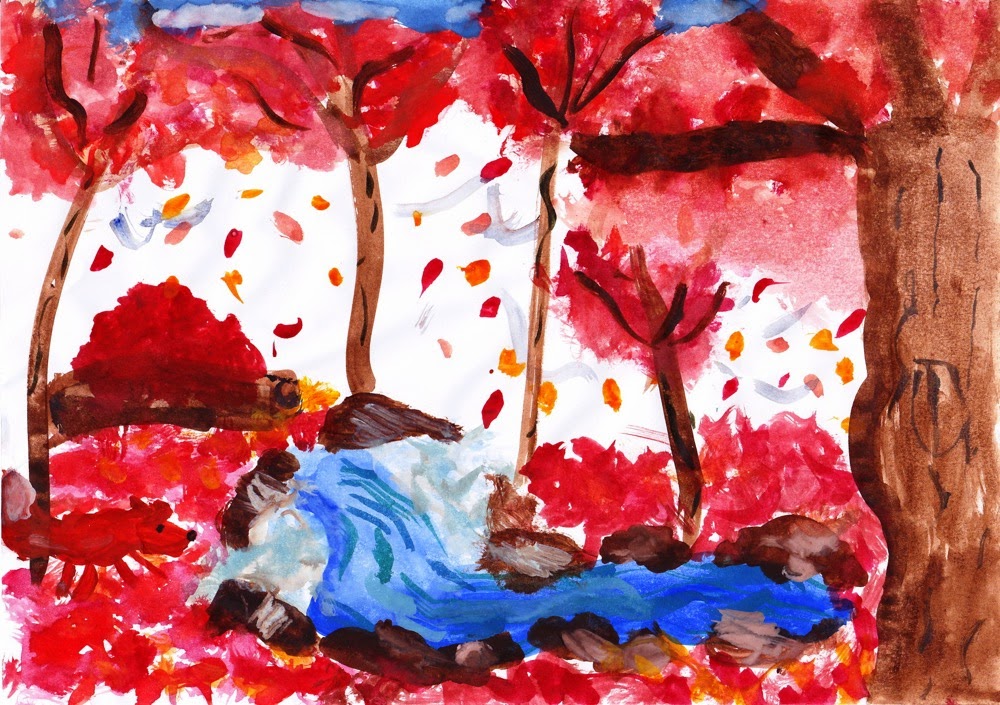 A woodland scene by Speckly Woo. 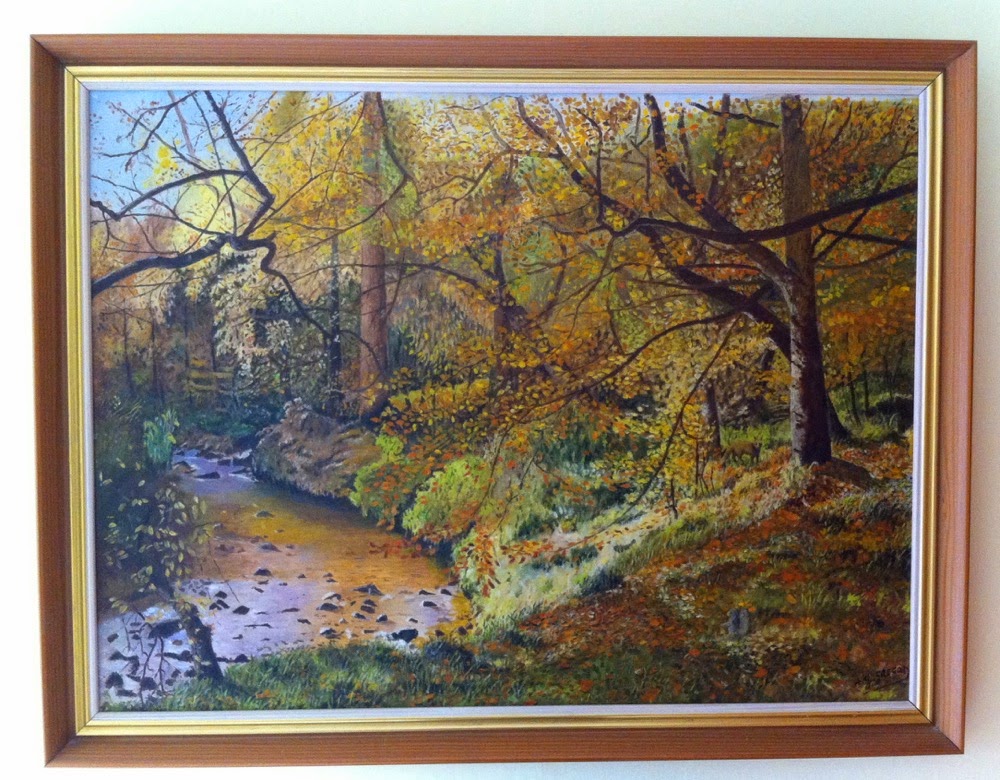 
After I persuaded SW to let me demonstrate a couple of options that might make her Scratch project work a little more effectively, she peered over her specs and cautioned her Nan, “Never work with children, animals, or Ga.”

In the event, she was probably right. My options fell short, and failed to impress. Her technical ability is growing week by week, and I look forward to our Saturday morning Scratch sessions, while Things 1 & 2 are at gym club. 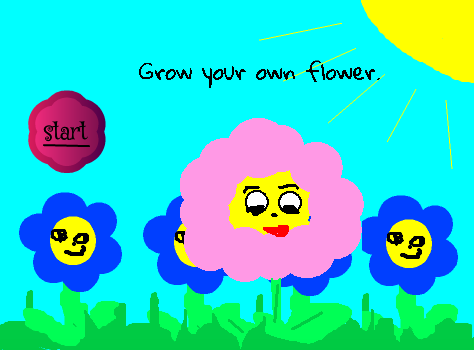 SW started our with this colourful idea... 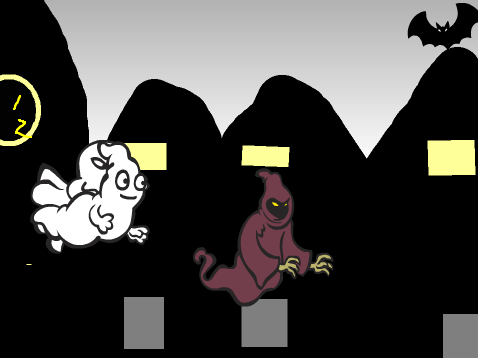 ...but since Halloween, she's been animating ghosts and ghouls.

For those of you who may not be aware, “Scratch is a project of the Lifelong Kindergarten Group at the MIT Media Lab. It is provided free of charge.” It’s something I’ve been dipping into for a while now, and I was delighted to learn that it’s now been introduced into primary schools, as part of a drive towards developing the programmers of tomorrow.

Children learn to work collaboratively and are able to share their creations with others all over the world. It’s a fine initiative by the MIT, and I would highly recommend it to any child with a leaning towards storytelling, inventing games, or animation. Give it a try. It’s completely free, and a lot of fun.
Posted by Poetry24 at 14:22 4 comments: