If you're a regular visitor to this blog, you'll know how much I love the artistic creations made by children. The freedom, the colour, the movement, the life that's so often splashed, dashed, meticulously drawn, and applied with the sharp pencils and broad brushstrokes of uninhibited imaginations.

To round off a week of treats - success for SW and her school in an athletics competition she wasn't all that keen on taking part in, a fabulously noisy, busy, school sports day yesterday afternoon, under pale blue sky, stretched with the 'feel' of summer - today, an exhibition of artwork produced by the children. 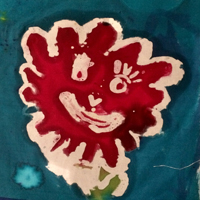 Paint on fabric by Imogen (Twin 1) 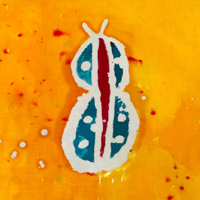 Paint on fabric by Iris (Twin 2) 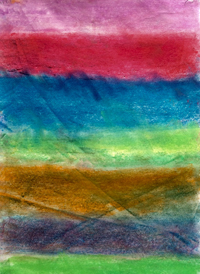 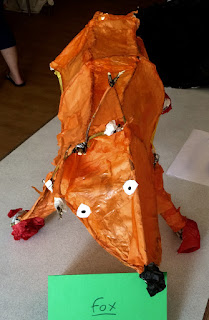 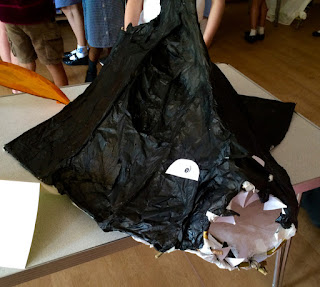 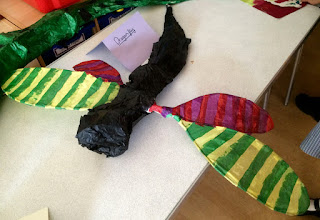 No Bones About the Colour Purple


I’ve never been particularly pre-occupied with body image, so it’s little surprise that details of my skeleton rarely turn up in conversation. As a kid, I don’t recall when I became conscious of the complex structure that stood between me and 'wobbly blob' status. I probably saw illustrations in Look and Learn, or maybe in one of my mother’s reference books. 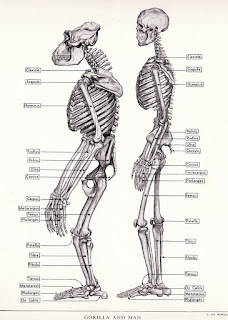 Pals at school would delight in telling tales of someone who’d cracked their head open (usually no more than a small cut to the scalp) or a poor unfortunate who’d cut a finger with a penknife, right through to the bone! We constantly compared lumps and bumps, and used our elbows and knees to get the better of the more tenacious playground assailants. Occasionally someone would break an arm or a leg, and we would all gather around to ogle the plaster cast trophy, duly signed by teachers and sketched on by friends and relatives.

So skeletal matters appear to have had a higher prominence in my childhood, but only at a morbidly curious/Jolly Roger kind of level. In my experience, most adults settle for getting anxious about what hangs, and essentially, how it hangs off the frame, rather than losing sleep over the frame itself. 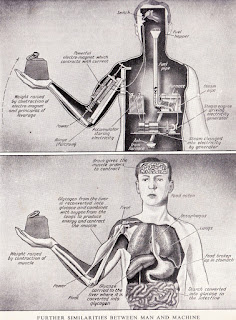 Martin believed the squidgy bits produced the most laughs.

Yesterday I picked SW and her sisters up from school, after Science Club. As they left the classroom, Professor Chaos was handing out laminated posters with skeletons depicted in a brightly coloured composition. No.1 twin gingerly gave me hers, with the image facing away from her gaze. SW, a little braver. No.2 twin flatly refused to accept the poster. I was left juggling all three skeleton pictures (along with discarded cardigans, rucksacks and book bags) and a fleeting thought passed through my mind, about the stresses and strains on my own chassis.

In the car I tried to explain, enthusiastically, how lucky we are to have a cage to protect our hearts and delicate organs. How great it is to know that our brains are locked safe in our bony skulls. The response was stony, until SW swiftly changed the subject and became quite animated whilst telling of a film they’d watched, shot with a special camera, of what it looks like when someone breaks wind. Uncontrollable laughter ensued, as they each took it in turn to chant, “We saw a purple parmp!”

After I’d dropped them home, and I was alone in the car, I couldn’t help thinking how stoical our skeletons are. Remaining composed and largely upright, whilst the squidgy parts within, aid and abet in the production of purple parmps.
Posted by Poetry24 at 14:21 5 comments: